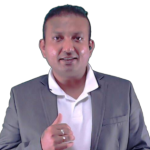 Australia is a popular destination for Americans seeking new employment, a place to stay, or an education. Despite the similarities between the two countries, there are many pros and cons to living in Australia versus the U.S. In this blog, we will discuss why Australia is better than America.

Australia has a significantly better work-life balance than the U.S. According to federal law, Australians earn four weeks of paid vacation every year, regardless of how long their employment is there.

The average American employee gets approximately 10 days of paid leave after a year of employment. In contrast, Australians get about 24 days of paid annual leave, whereas those with more than 20 years of experience often get 23.

Depending on your experience and employer’s policies, you typically get a certain number of annual vacation days in the U.S. Maternity leave arguably gives the best indication of the differences between the two countries in terms of work-life balance.

According to a recent Unicef report, the U.S. had the worst annual leave policy of all the wealthiest countries. Parents in the United States typically receive 12 weeks of leave per year. The worst part is that that time is typically unpaid.

Currently, federal law allows Australians to take up to 18 weeks of paid parental leave. A parent can also extend their parental leave to one year with the assurance that their job will be waiting once they return from their leave. The extension, however, is unpaid.

Australians enjoy a better work-life balance for many reasons, but these two illustrate just how much better it is than in most other countries.

Healthcare in Australia than in America

Healthcare in the United States is one of the most expensive systems in the world. Among Australians, healthcare costs in 2020 were around $5,552. In contrast, the average healthcare cost in the U.S. in 2020 was $12,530, more than twice as much as it was in the U.K.

Although U.S. doctors are more expensive than their Australian counterparts, it is typically easier to get an appointment in Australia. Moreover, Australia’s universal healthcare scheme covers medicines’ costs, making them much cheaper.

Health care systems differ between countries. Privatization and lack of regulation dominate the U.S. healthcare industry. In other words, medical practitioners are free to charge whatever they want. On the other hand, a hybrid health system exists in Australia, a mix of well-functioning private and public healthcare systems. Furthermore, Australians’ tax system makes healthcare more affordable.

FICA (Federal Insurance Contributions Act) funds the American social security system. Those who have contributed enough to the system are eligible to receive old-age benefits. Therefore, most people begin receiving their benefits at 62, with benefits increasing as they approach the age of 67 and 70.

Social security benefits are the main source of income for most Americans in their old age rather than savings. Due to how the system is structured, even old people who are capable of taking care of themselves without assistance end up receiving benefits.

The Australian social security system combines voluntary savings, superannuation, and the Age Pension funds retirement in Australia. However, the Australian system, which is means-tested, differs vastly from the American one.

In a means-testing system, only beneficiaries whose income does not meet a certain threshold receive benefits. Benefits are reduced or eliminated for those earning more than the predetermined threshold.

Australians have also saved more for old age due to the mandatory Superannuation Guarantee program, which has allowed them to live a more comfortable life than Americans. Employers must contribute 9.5% of their workers’ earnings toward superannuation for employees between 18 and 70.

According to research conducted by Boston College’s Center for Retirement Research, nearly every Australian has enough income for retirement, unlike in the U.S.

The Australians are more patient than Americans, who value time more than anything else. It shouldn’t surprise you that the locals aren’t rushing to get things done.

There is, however, one cultural difference Aussies call the “tall poppy syndrome.” Standing out and making yourself heard is essential in the U.S., but it’s frowned upon or regarded as attention-seeking in Australia. International residents are less judged if they are more laid back and do not demand the attention common in American culture.

People who spend more time with their superiors often receive promotions more quickly. However, you have to show results to get a better job or higher salary in America.

Rate of crime in Australia than in America

Compared to the United States, Australia has a much lower crime rate. As a result of the low crime rate, police officers don’t even carry guns. Batons are the only weapons they carry. There would be days of television coverage if a gun were used to kill. It is that safe in Australia.

Infrastructure programs for the public

Europe and the United States have better public infrastructure than the rest of the world. And Australia is no less in this term. The government invests in expanding and maintaining public infrastructure, monuments, and other public buildings, even with a relatively small population. As one of the most sophisticated contemporary infrastructures in the world, the Sydney Opera House stands out from the rest.

Putting Australia first is Australia’s priority. There might be times when the Australian Government makes decisions that will upset other countries, but in the end, their job number one is to protect the Australian people. On the other hand, governments in the United States tend to be more concerned with other countries’ problems than their own, making people annoyed and worried about their own country’s problems. The Australian government seems more accountable and transparent, despite a little corruption. In the event that a budget is not approved, a new government is elected.

In Australia, the average hourly wage is $17, whereas, in America, it can be as low as $5.15 (Georgia). A low population makes it possible to treat human resources fairly.

Throughout Australia, including its cities, the country has developed over a period of time. In contrast, in the USA, the extravagance of Las Vegas overshadows the poverty of the deserts of Nevada and Arizona. The biggest cities in the U.S., such as Las Vegas, New York, Washington, D.C., and Los Angeles, are located in the same county as the poorest of the poor in the desert, exhibiting a high regional disparity.

The untouched natural beauty of Australia is perfect for escaping the monotony of daily life. Australia has many places of beauty and exquisiteness, such as the Great Barrier Reef, Rainbow Lake, Shark Bay, Blue Mountains, Pinnacles Dessert, and so on. In contrast, everything one sees in the United States resembles a concrete jungle.

An improved education system in Australia than America

Conclusion why Australia is better than America

Therefore, Australia is a better study destination than the United States. However, not just from the perspective of education but also from the perspective of leading a happy, fulfilling life. In Australia, you learn from the best teachers, get a good job, have a beautiful and safe environment, have access to a beautiful infrastructure, and be governed responsibly. To achieve lasting happiness and health, what else would you need? If you are eager to understand what are the top reasons to study in Australia, please read the Top Reasons to Study in Australia blog. Also, explore our YouTube channel for amazing informative videos.